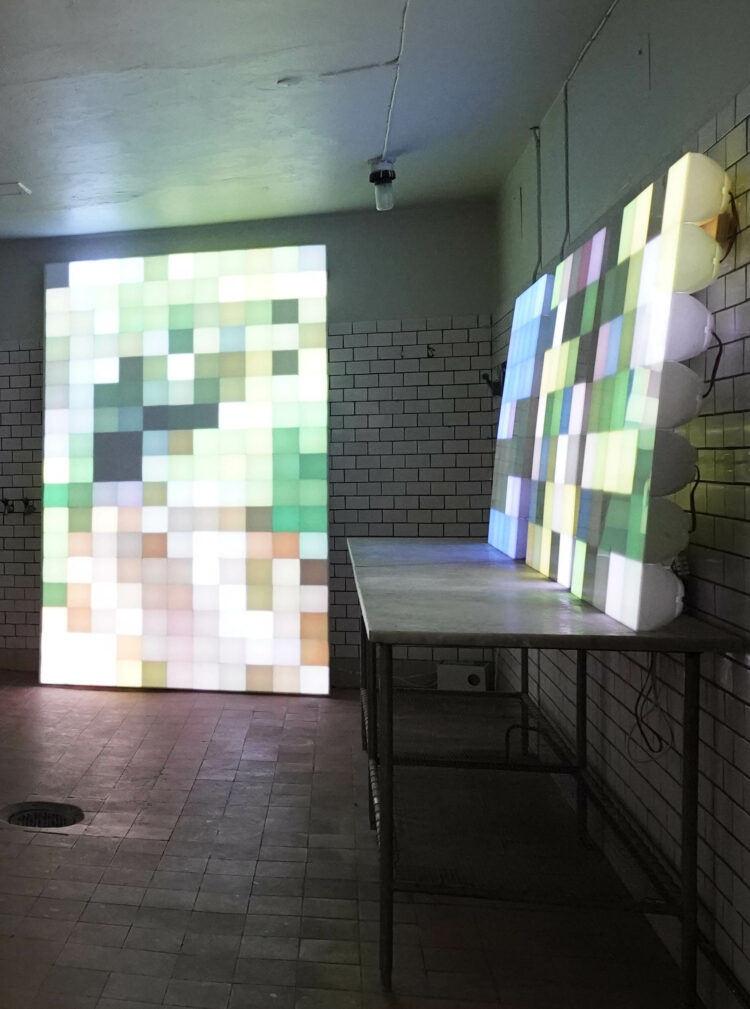 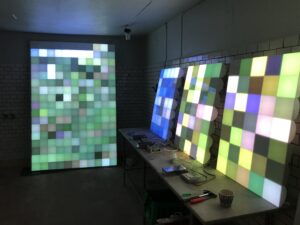 A series of pixellated screens using the same technology and priciples behind the facial recognition, but here applied to images of nature. The portraits are heavily pixellated, but through the algorithm still have a connection to the natural world, strong enough to make an actual identification of an individual. The same would be the case of other images. I have in a digital impressionism, made a portrait of light and nature. The collected impression of the pixels, impressed on our minds, is similar to the effect that the neo-impressionist Paul Signac called an optical mixture (melange optique). The title “Digital Water Lillies” is a compliment to Claude Monet, the father of impressionism. This project relies on all the same technology but is on first appearances unburdened by the political ramifications, however, as with Claude Monets paintings of water lillies made just after the first world war and the death of his two sons, still exist in a specific time and context of world events. 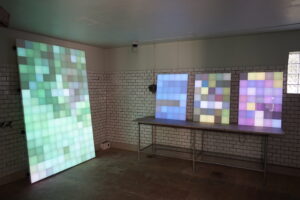